It started with an idea.

Which became a reality.

My sister, Katie, her boyfriend, Ben, my husband, Logan, and I drove up to Black Balsam Knob in Pisgah National Forest. 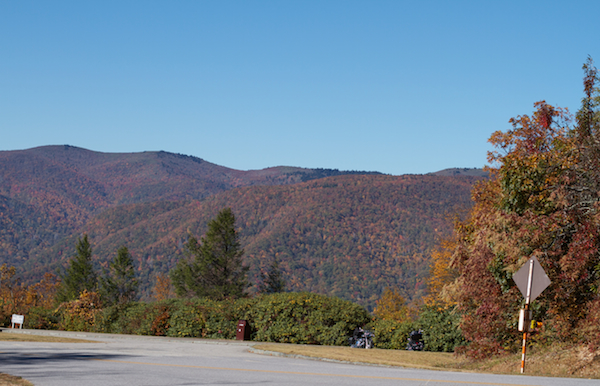 We proceeded to hike about a mile or so up to our lovely camping spot. 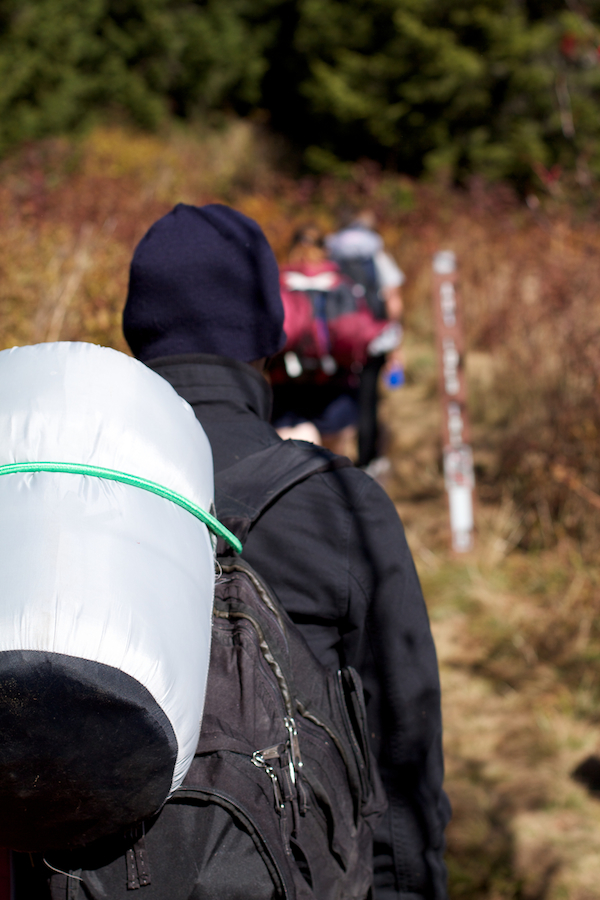 We had beautiful views of the Blue Ridge Parkway. 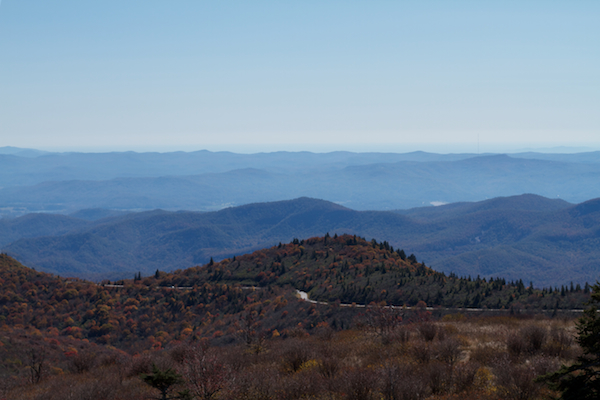 And just a little history:

Black Balsam Knob is literately a bald mountain range. It’s grassy and gives the hiker the most spectacular panoramic views during the entire duration of your hike. Apparently, the baldness is attributed to the extensive clear-cut logging and locomotive fires of 1925 and 1942. Sad, but a happy ending. 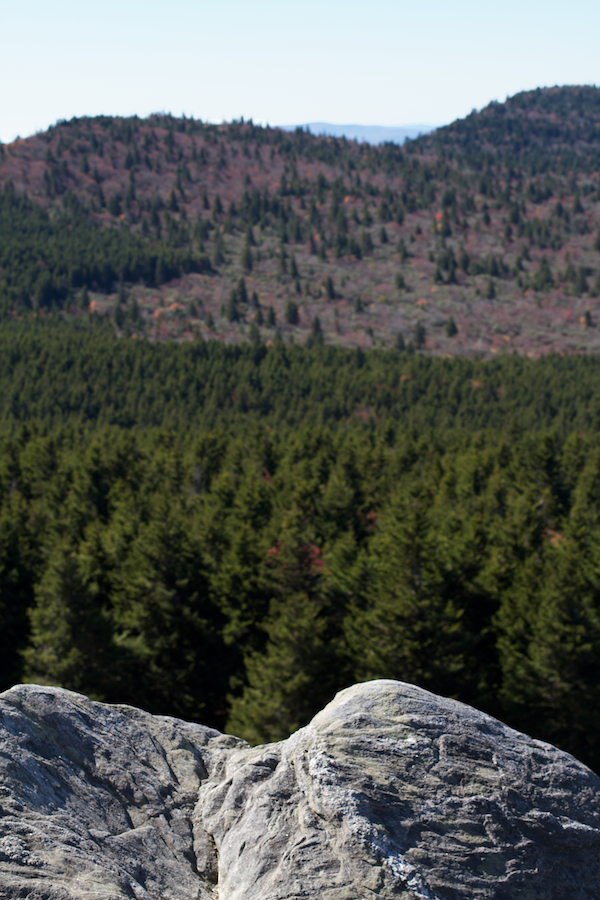 Okay. So, a tiny annoying story.

Anytime Leland sees a dog that is larger than him, he growls and barks this evil little snarl that sounds as though he has intentions of ripping even the largest of dog’s little heads off. However, to us it is just annoying and looks as though we don’t have our little Leland under control. We know now that he only does it out of self defense…any puppy advise on this one is highly needed. On the contrary, Leland doesn’t make a peep when he crosses by a dog that is his size or that he is bigger than.

As seen here: (except from this angle, this dog looks really evil…when in real life he was kind of cute: Jack Chi—Jack Russel Terrier, Chihuahua mix.) 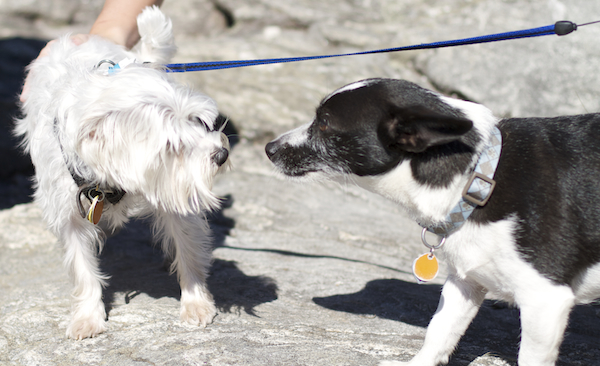 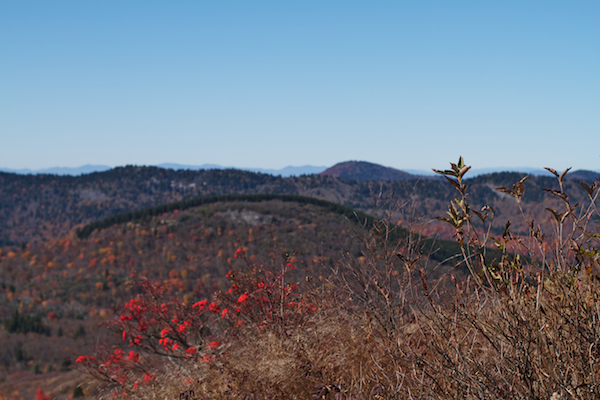 There were also a ton of little furry creatures throughout our hike. 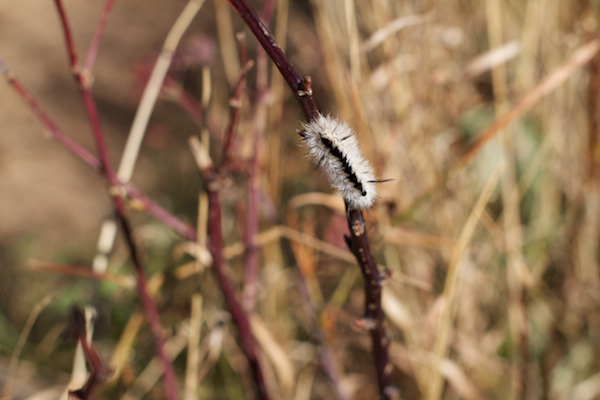 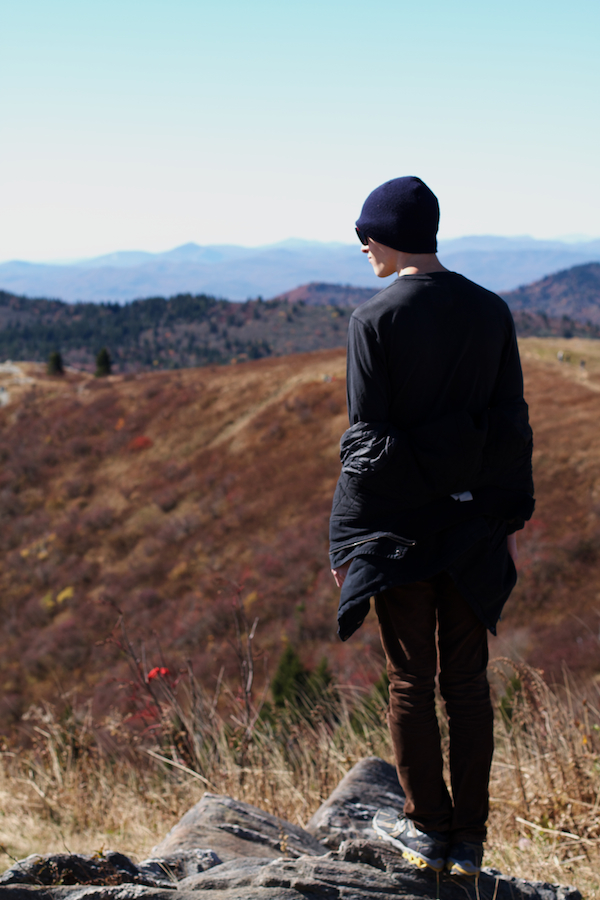 We’ve finally made it to our campsite! Woo hoo!

Katie, Ben, Logan, Leland and me 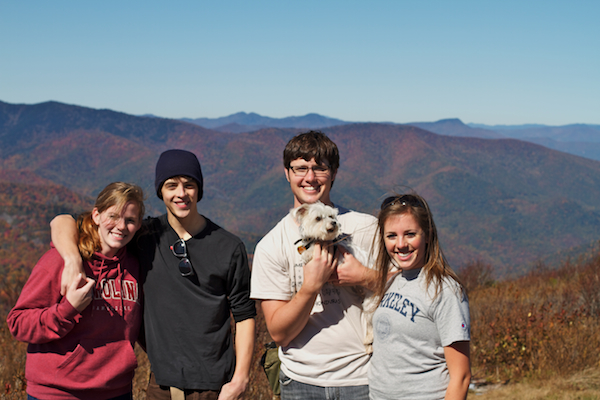 And boy were we hungry.

At 5:30am that morning I made these awesome whole grain turkey and lacey swiss cheese sandwiches: 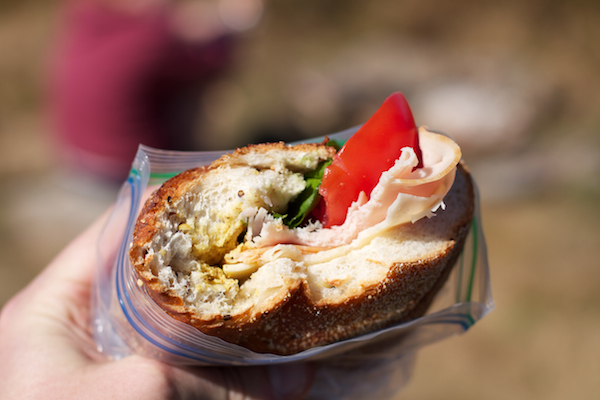 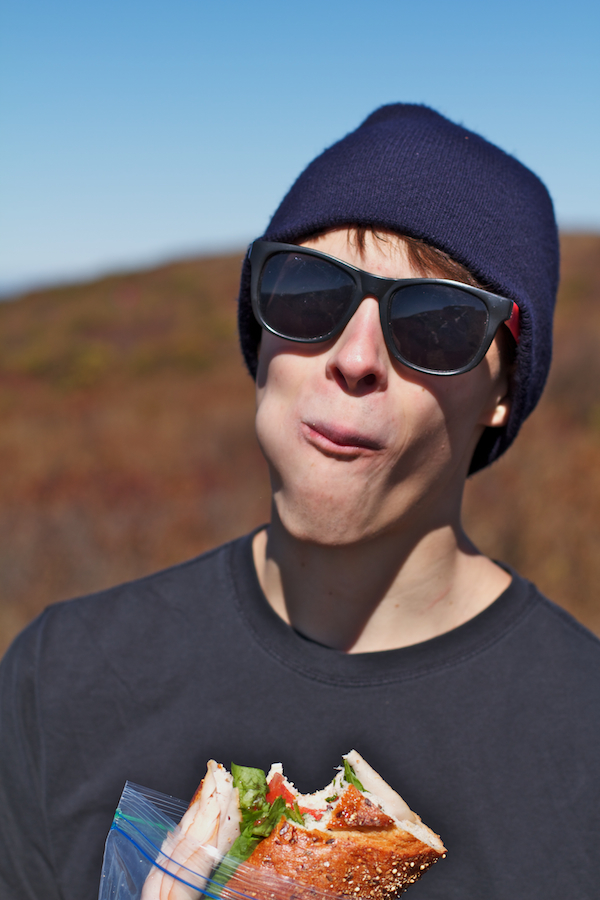 Leland even got a few bites of this decadent sandwich. 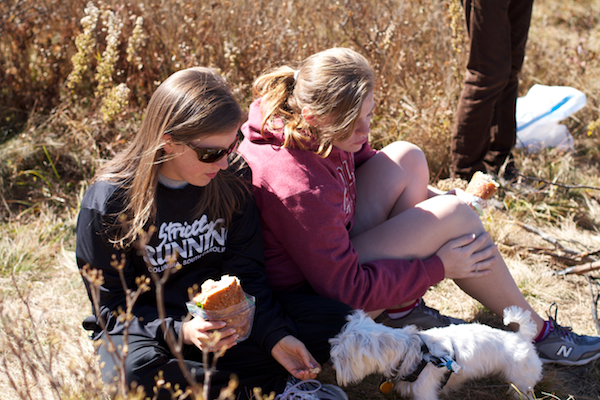 Our perfectly crafted shelter, complete with a junior tent, which another hiker later asked us if that was a tent for our dog, but we actually made it our kitchen/storage tent. 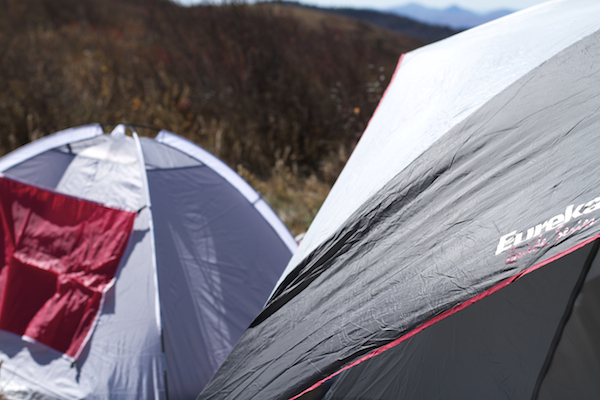 After we had full stomachs and our campsite was set, we went out and hiked for 3-4 hours. 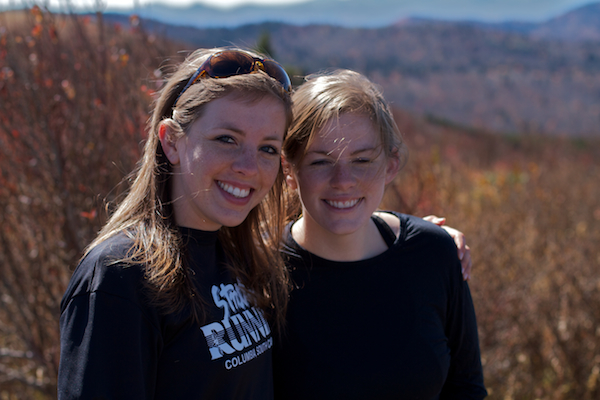 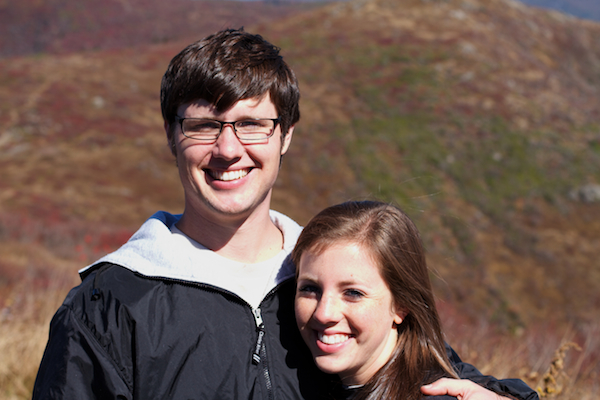 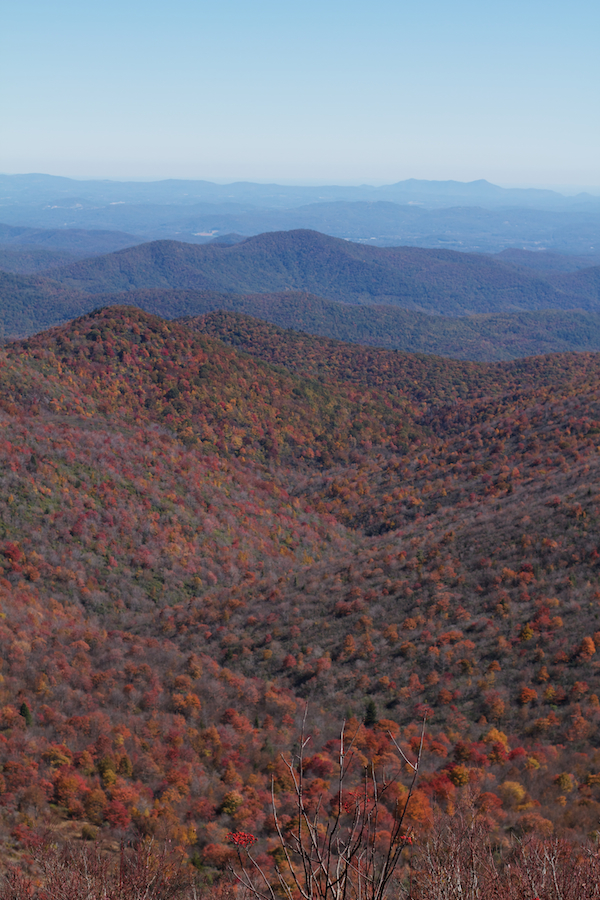 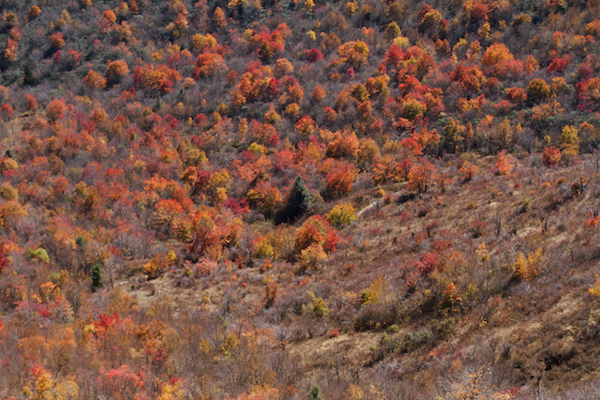 Leland and I took a water break. 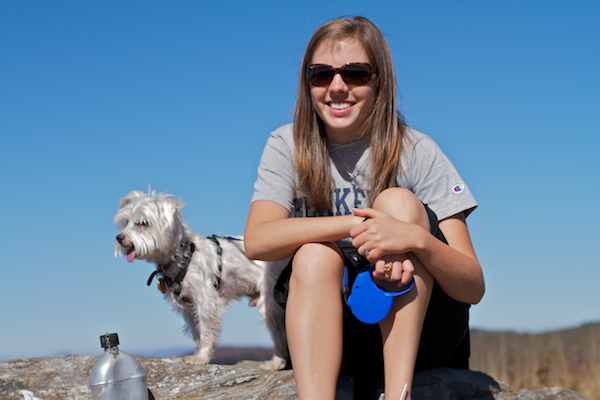 And since the trails were so dusty, Leland often partook in this: 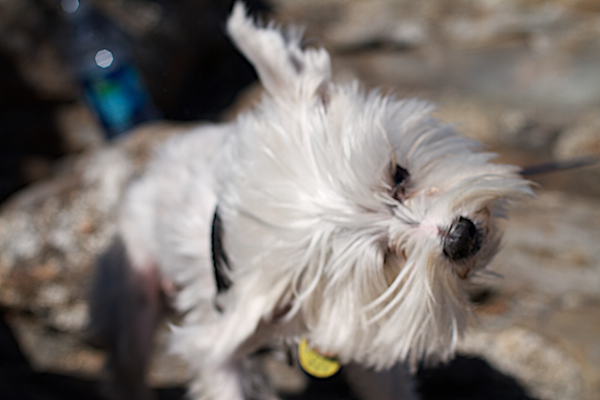 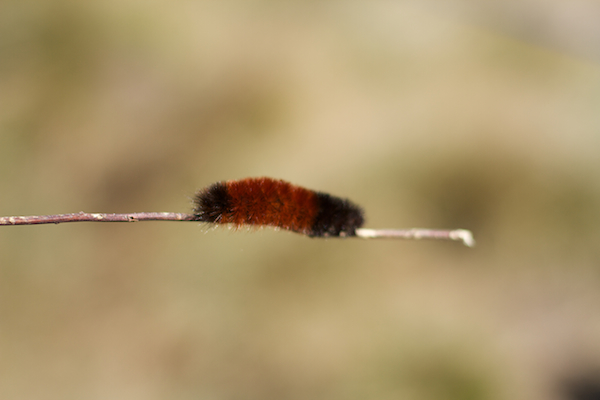 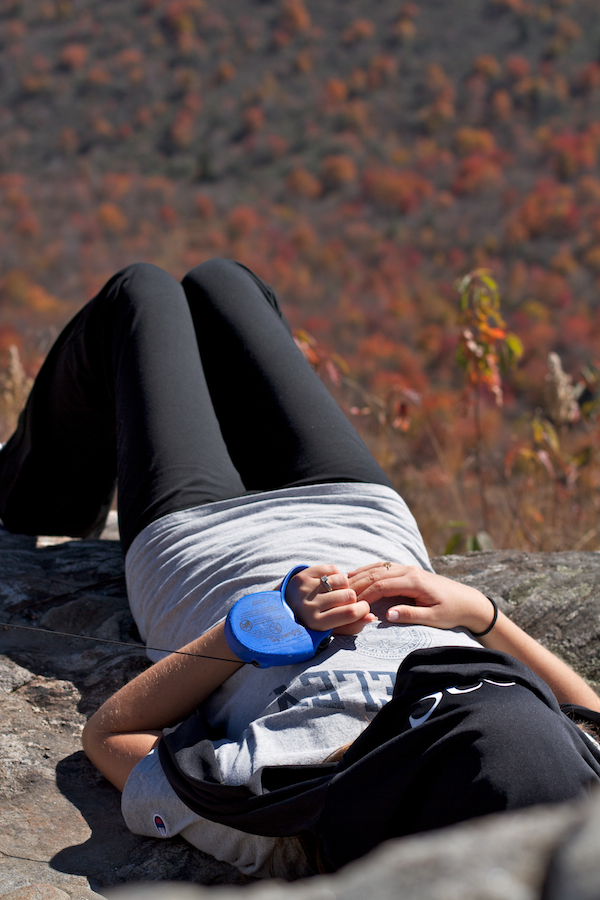 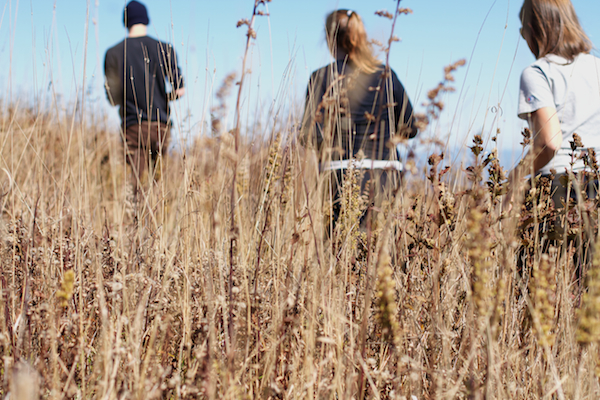 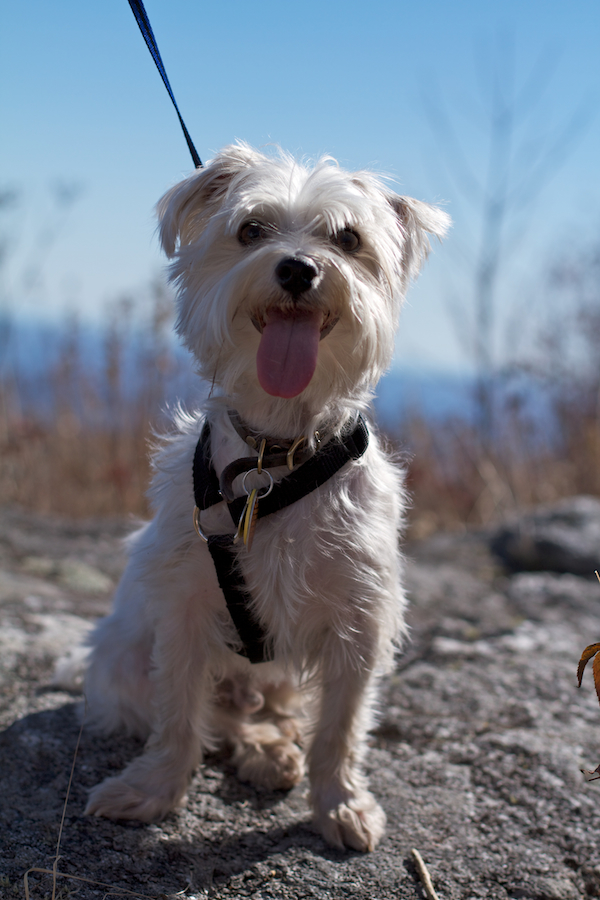 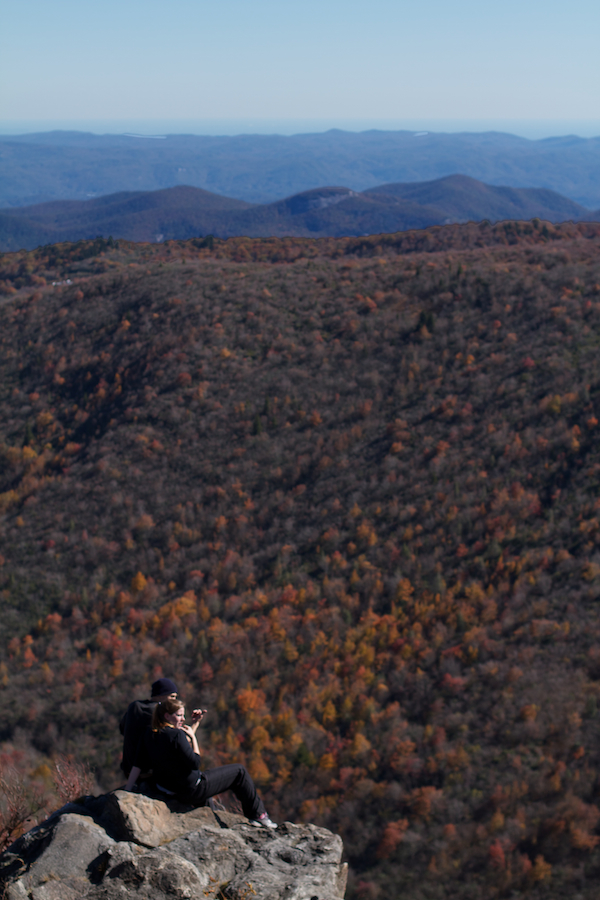 Check back tomorrow for part II!