Ever since Logan and I got rid of cable, we’ve had a lot of extra time on our hands. And what’s a better way to spend it, than to play a game?!? 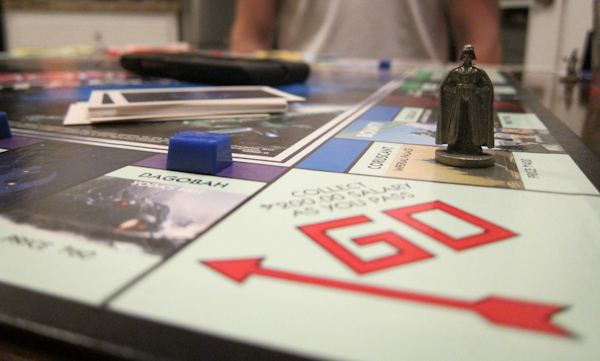 I was Darth Vader…and the ruler of the Galactic Empire. Done. Game face on. Hands on the hips. What Darth? Are you pouting because you’re going to loooose??? 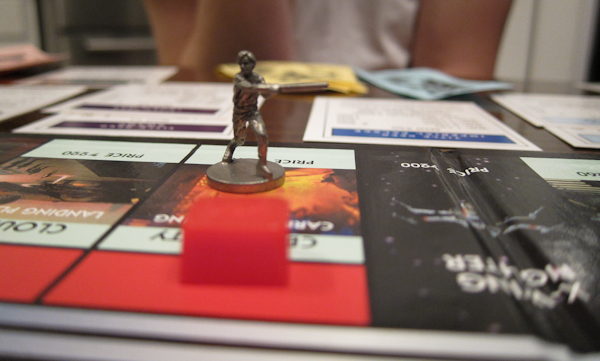 Logan was Luke Skywalker. Leader of the Rebellion. Watch out young Skywalker. Darth is commming! 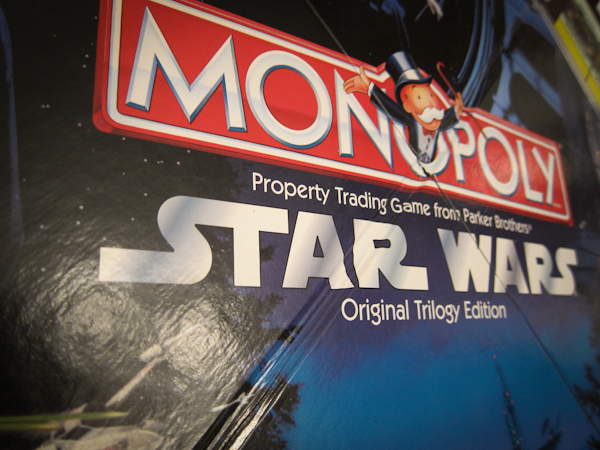 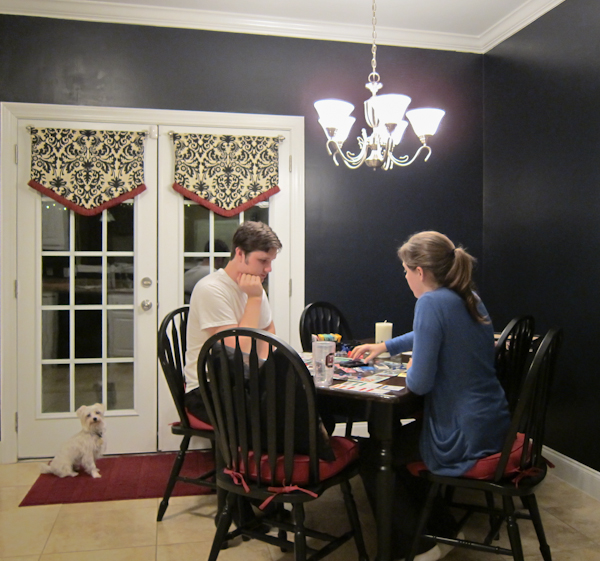 Leland monitored the battle between good and evil. He went and hid under the bed when the game got a little intense and we pulled out our light sabers to fight it out. 😉 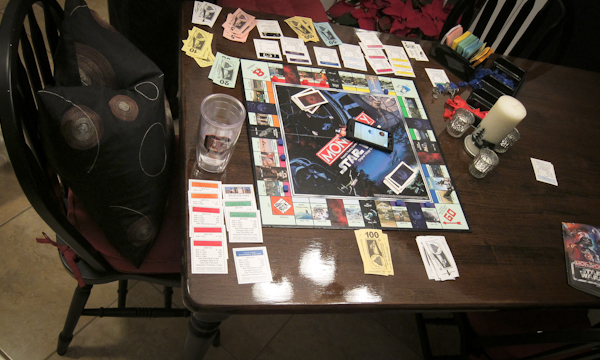 Alas, we used our phones to roll the die. What geeks we are.

Skywalker (Luke) was in the lead. Then, got bombarded by a couple of bad rolls. He was forced into jail…twice. Then, landed on my properties in Tatooine & Yavin 4 in which I had star destroyers ready to kick Luke’s butt and make him pay big time rent. Then, over the next couple of moves, Luke had to sell all of this properties to the bank at half price just to pay Darth rent….until he went broke.

Anyway…to make a long story short: I won. Boo ya. 😉

Do you and your family/friends have game nights? What games do you play?