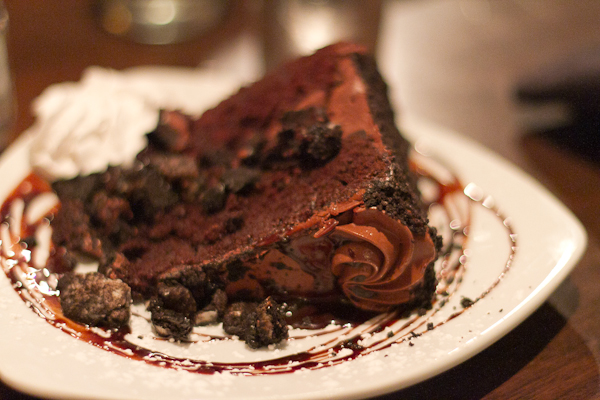 Back when Logan and I were in high school, we frequently visited Kaminsky’s (there was one in Mount Pleasant at the time). I’m pretty sure we went there every weekend for many, many months. Yes…I gained probably 20 pounds in the process. Oh, well, those Famous Brownie Sundaes were amazing! 🙂

Four years later, Logan, Kala and I celebrated my 21st birthday with a chocolate martini at Kaminsky’s. (Don’t get one…it tasted like cough syrup to me.)

Despite the martini, the desserts and atmosphere are great!

Currently, there is only a Kaminsky’s in downtown Charleston. Being on Market Street, it stays constantly busy. In being so busy, we waited for about 45 minutes to be seated.

To pass the time, we had fun taking some low light photos. 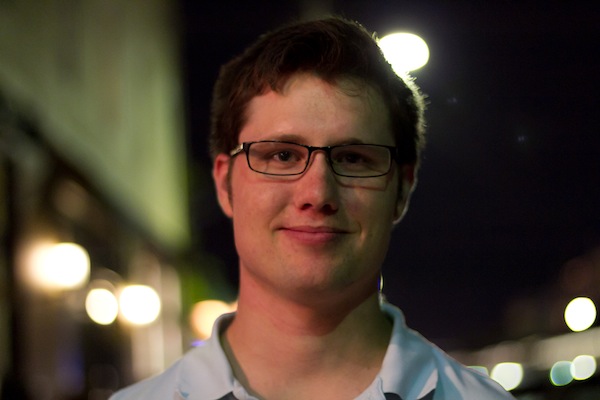 It was a lovely double date with my husband’s brother, Tyler, and his girlfriend, Chelsea….always filled with great conversation and many, many laughs. The bonus this time were the amazing desserts! 🙂 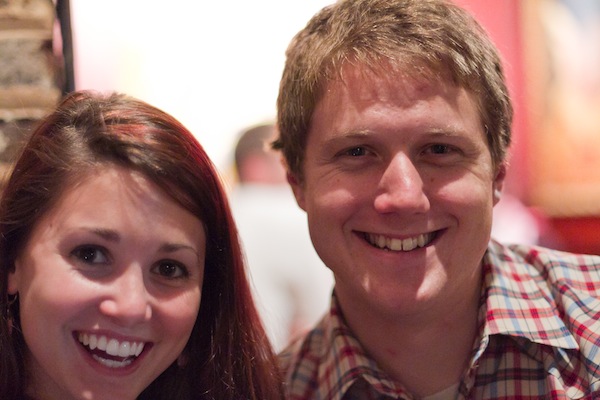 The Southern guy that Tyler is, he stuck with tradition and got the pecan pie:

Well, I was skeptical at first. My first thoughts were “Ok, I’m at some over-priced dessert joint where I’ll get a small slice of pie that has been sitting on the shelf for too long.” I was wrong. I ordered the pecan pie and when the server put the healthy portion in front of my face, I was surprised. It was very good, and the vanilla ice cream made it even better. My only complaint would be they were too conservative on the whipped cream! -Tyler (My brother-in-law) 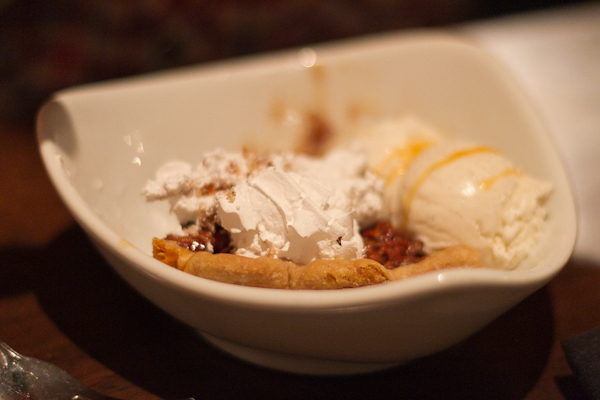 Chelsea went all out goodness with the Carrot Cake. Yum!

Unlike Tyler, I was not at all skeptical of Kaminsky’s. It has been my favorite dessert place since I have been in Charleston, and on this particular outing I decided to be adventurous and opt for something other than my standard cookie sundae. After careful examination of the dessert case, I chose to go for the carrot cake. Let me preface this by saying that I have a MAJOR sweet tooth and can eat A LOT of dessert haha. The Kaminsky’s carrot cake was sweet, moist, and full of raisins and pecans topped with plenty of delicious cream cheese frosting. Being the dessert-a-holic that I am, I could barely finish half of the cake, so I got to enjoy it again the next day. You definitely get your money’s worth at Kaminsky’s, especially if you bring along one of the ever-popular buy one get one free coupons 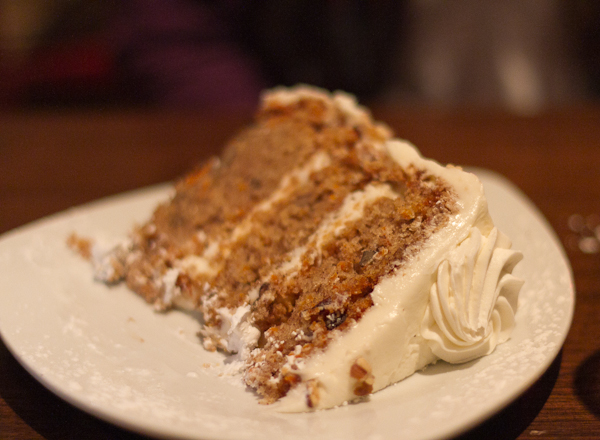 Last but not least, Logan and I got the Chocolate Oreo Cake. And what can I do except to say that it was very chocolately…just like I like it. And it was pure perfection with a side of vanilla ice cream. Yum!!!

Anyway, the next time you’re in Charleston, South Carolina, you should head over to Kaminsky’s for a great dessert. 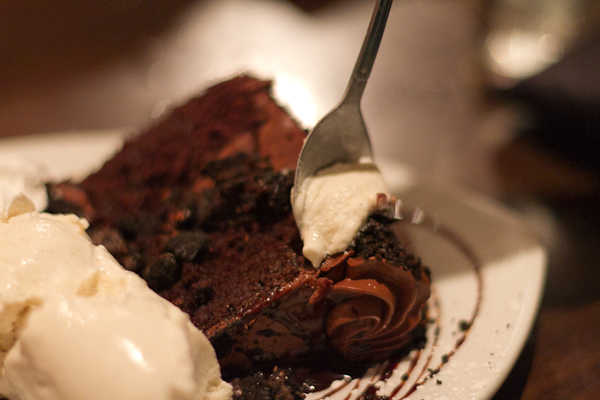