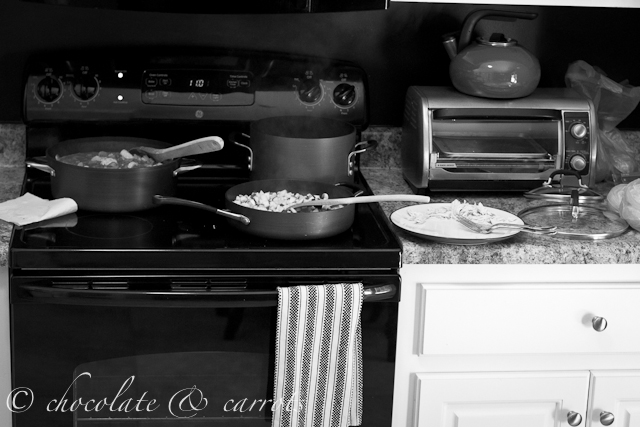 Last weekend was a crazy one. I had a to-do list a mile long, got really overwhelmed by it, and my very, very sweet husband helped me conquer it all.

On Sunday, my goal was to get some freezer meals in the freezer for after baby arrives. We succeeded in making them all within 3 hours…dishes and all! 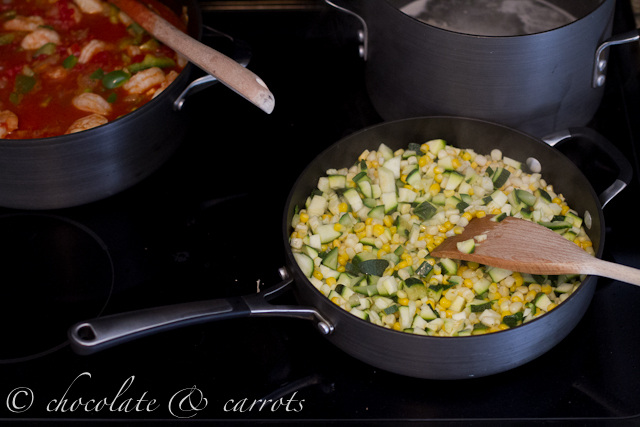 First off, we got started on the shrimp creole from Add a Pinch. We had to start this one first since it required some simmering and I doubled the recipe since it looked so good! 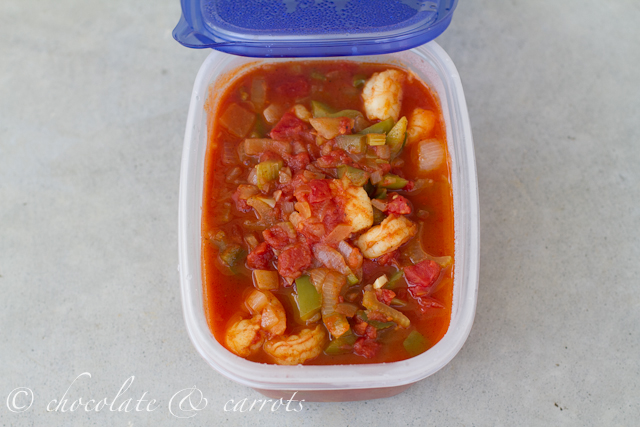 While the creole was simmering, I got started on the Queso Fundido from Life as Mom. It was probably the simplest dish we did all day, but I can’t wait to dig into it later! All that was required with this meal was sautéing some onions and hot italian sausage, putting it in a bake safe and freezer safe container, topping with cheese, and freezing it! 😀 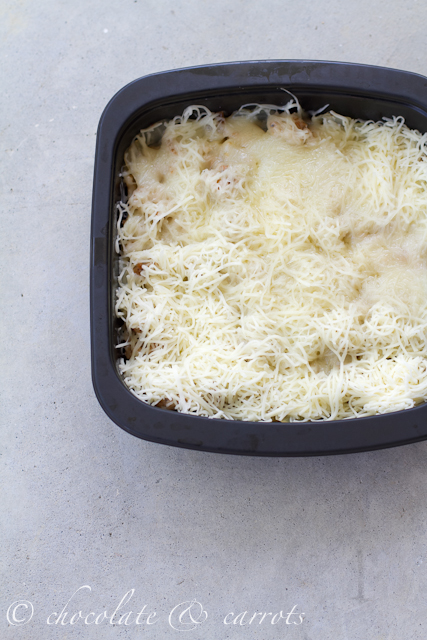 While I was busy watching the stove, my husband was busy cutting the gross fat pieces off of the 8 organic chicken breasts that we bought. I ended up only marinating 6 of the 8 breasts and used the other 2 breasts for the enchiladas (keep scrolling down for that recipe).

In two quart-sized freezer bags, I made the dijon marinade from Life as Mom and in the other bag I just squirted a bunch of Italian dressing in with the chicken. We labeled them and laid them flat to freeze! Easy peasy!

We’ll end up either grilling or baking these chicken breasts this summer. 😀 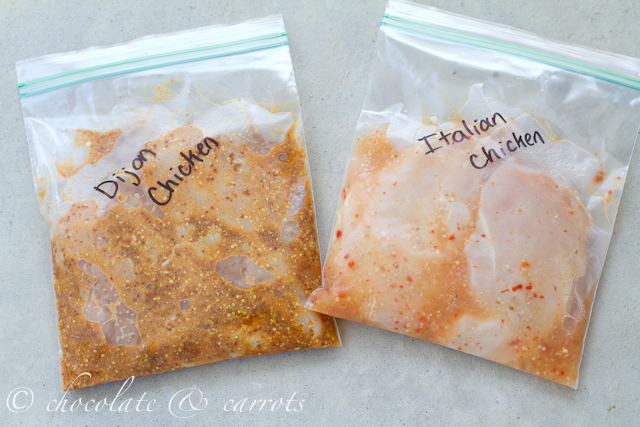 Next, we prepared the enchiladas. I quickly got started on the homemade enchilada sauce since it took some time to simmer. I also boiled the chicken, sautéed the vegetables, and got the pan ready for freezing.

The only thing I did differently from the original recipe was used diced tomatoes in the enchilada sauce instead of crushed. That was totally a pregnancy brain fart, but it actually looks quite tasty with it all chunky like that! Oh, and I added the shredded chicken to it too, for added protein. 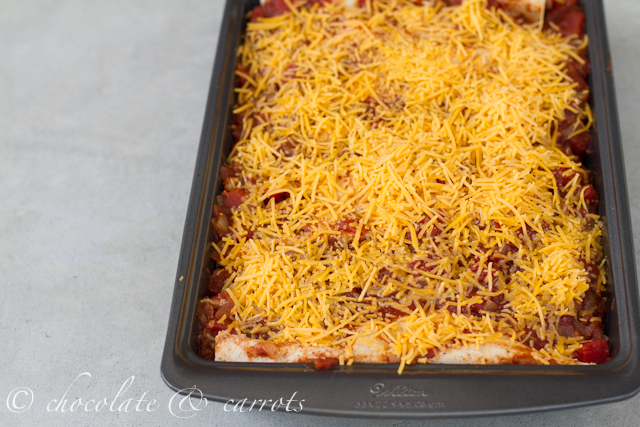 I had also made these cinnamon roll muffins from Taste & Tell for breakfast on Saturday. I adapted the recipe and used half whole wheat flour and half unbleached all-purpose flour, and used light buttermilk instead of the full fat buttermilk.

I also made just 6 of them and put them in a giant muffin pan for baking. Mmm, were they good!!! We ended up having four of them leftover, so I topped them with some of the glaze and frozen them in containers. 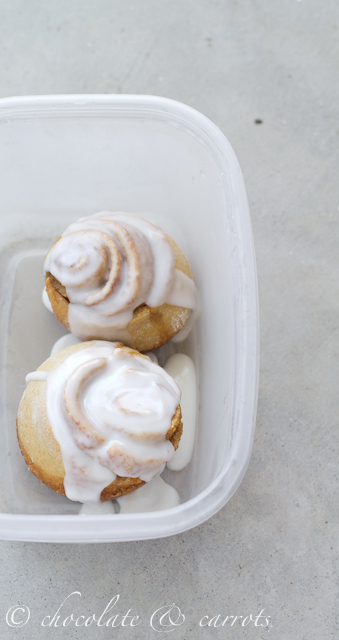 I did the same things from the biscuits I made on Sunday morning. (recipe to come…it’s my ALL-TIME new favorite biscuit recipe) 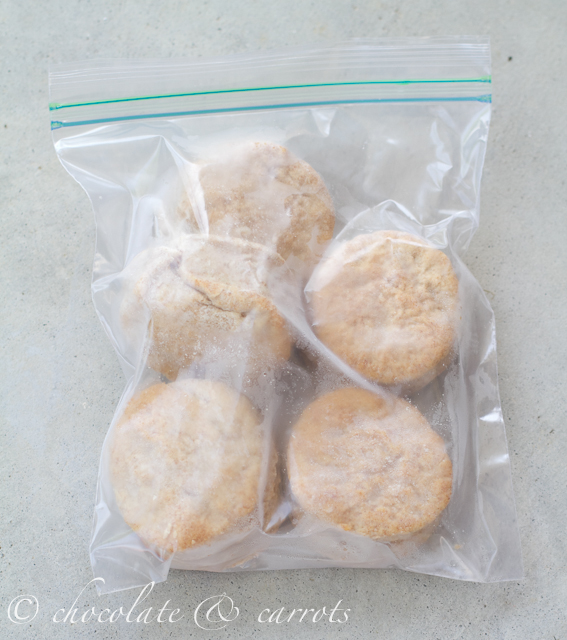 Next, we quickly whipped up this Fiesta Black Bean Soup. So fast, so easy. 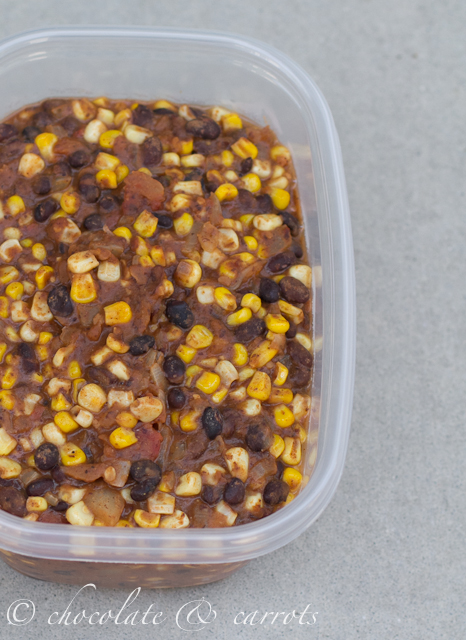 Then, I simmered some pizza/marinara sauce from Good (Cheap) Eats, on the stove for a bit. I doubled the recipe and filled two quart sized bags with the sauce and laid them flat to freeze.

Meanwhile, I prepared the pizza dough (keep scrolling down). 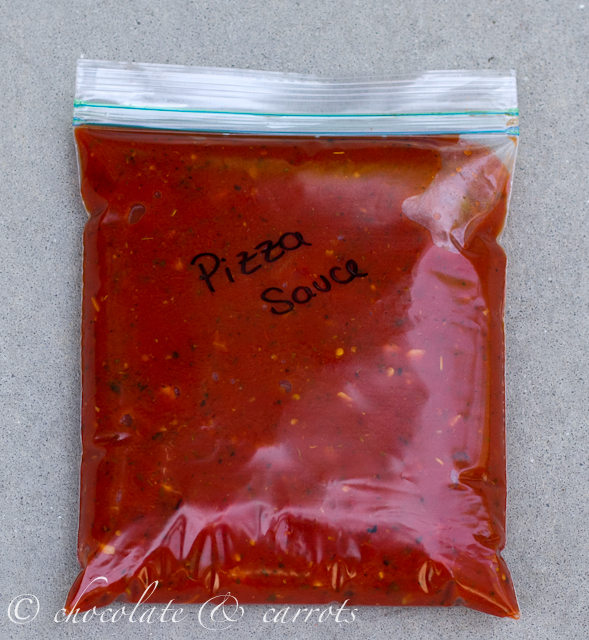 I used Love & Olive Oil’s recipe for frozen pizza dough for these. I adapted it slightly using unbleached all-purpose flour and a butt-load of Italian seasoning instead of her suggested seasonings. Needless to say, the dough smelled incredible!

I split the dough into two balls, wrapped them in plastic wrap and quickly put them in the freezer! 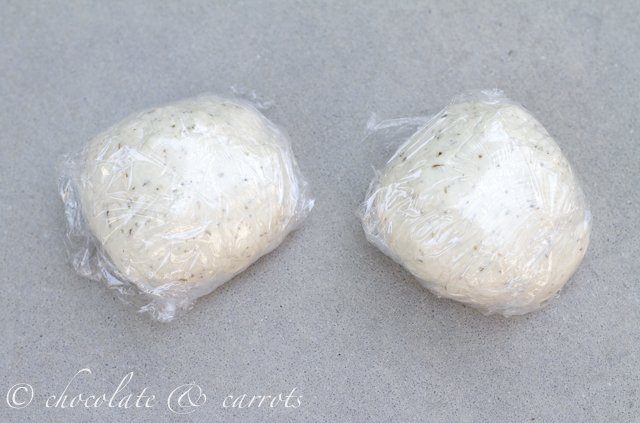 Everyone has told me how much I’ll appreciate having some healthy homemade freezer meals to have when I become a new mom. Now, I guess we just have to play the waiting game and wait for this baby AND wait to try all of these awesome freezer meals!

And for those who want to make these things as well, I’ve made a grocery list for all of these meals. Click on the image to print just this list. 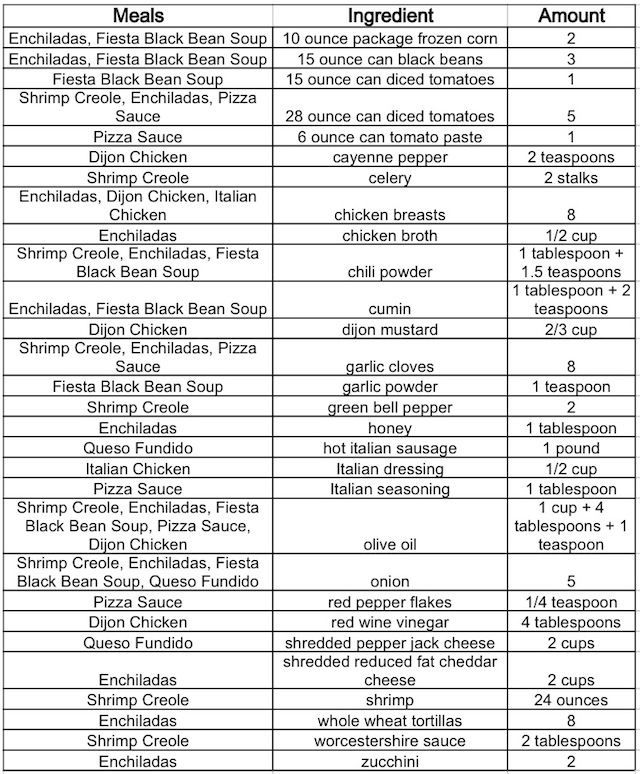 I also used these freezer labels from Pinch a Little, to tape onto my containers for later.

These are the instructions for each meal for after they are frozen:

Well, I hope you enjoyed this post and maybe you’ll end up making some of these great freezer meals! 😀