This Lightened  Up Coconut Cake is inspired by the infamous Charleston Peninsula Grill’s coconut cake, but made healthier. 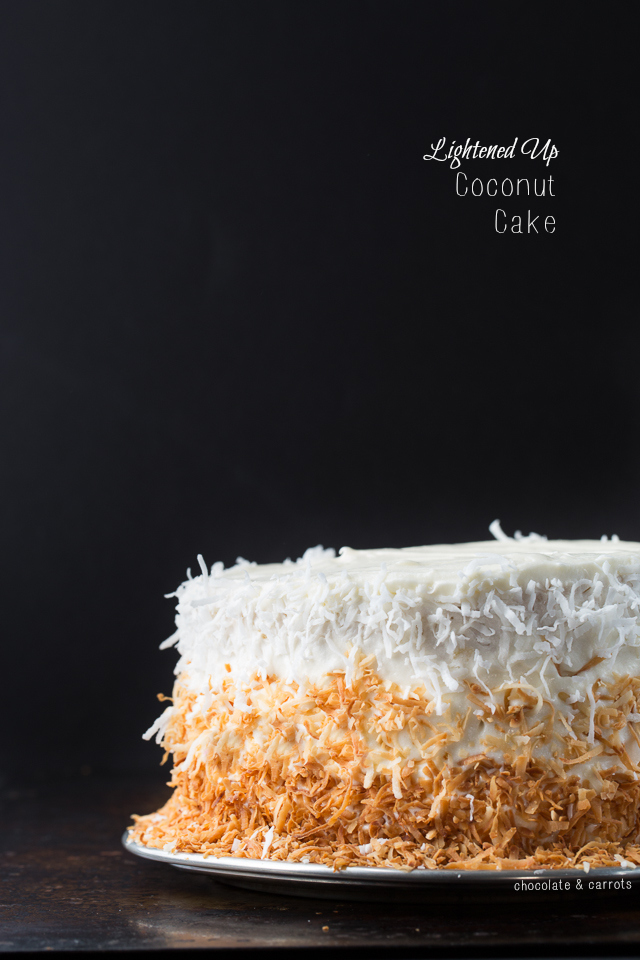 Having been born and raised in Charleston, South Carolina, you would assume I would know everything about the city. Nope. I actually only knew the inside and out of Mount Pleasant, the town on the other side of the bridge, having only occasionally visited Charleston. The only part of Charleston I ever knew was the building my father worked in at the College of Charleston.

That was my Charleston. 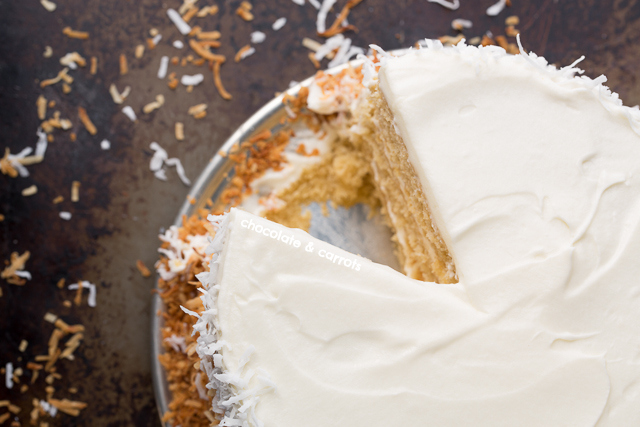 You see, we actually lived in Charleston when I was first growing up and I attended a private school my 1st grade year (hated it!) until my parent’s moved us to Mount Pleasant (the schools in Mount Pleasant rock!). While in 1st grade, my dad would walk from work to pick me up from school. We’d then walk back to his office until he was done working for the day. There, I had a blast exploring my dad’s office building at CofC.

Fast forward a decade and I was introduced to my future husband in high school and faced deciding on a college (follow the boy to college or go to CofC?). The answer was clear and I attended The College of Charleston, despite the 5 years of a long distance relationship ahead. 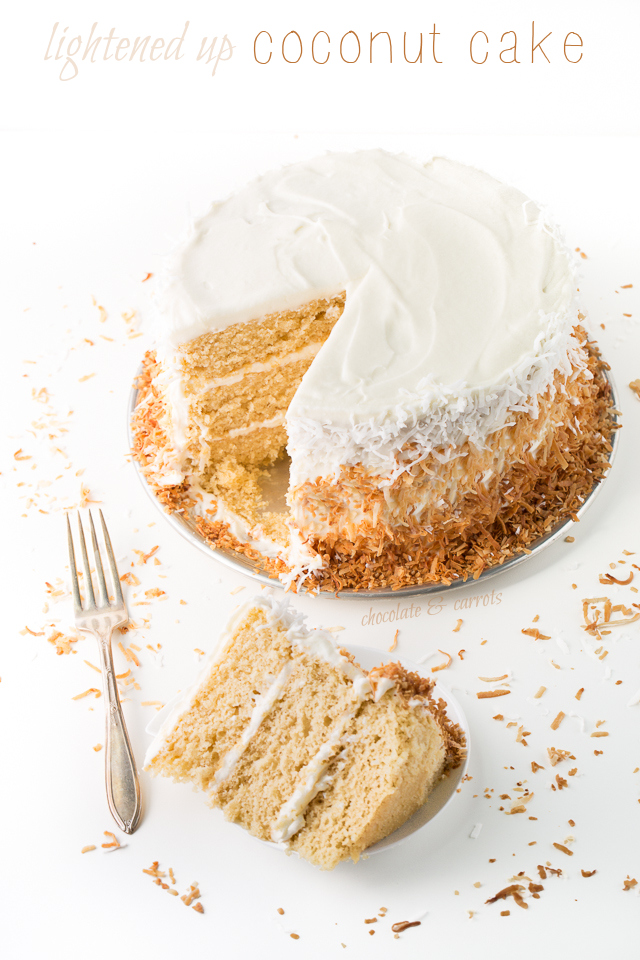 I absolutely loved being immersed into the city that was far enough away from home, yet close enough to get a hug from my mommy.

Funny story, the campus housing I stayed in my freshman year (a historic Charlestonian house) happened to be directly across from my father’s office building. Even more ironic was that my bedroom window was directly across from my father’s office window. He still claims this as coincidence. But, yes, we’d put messages in the window like, “run today?” or “laundry is here”. 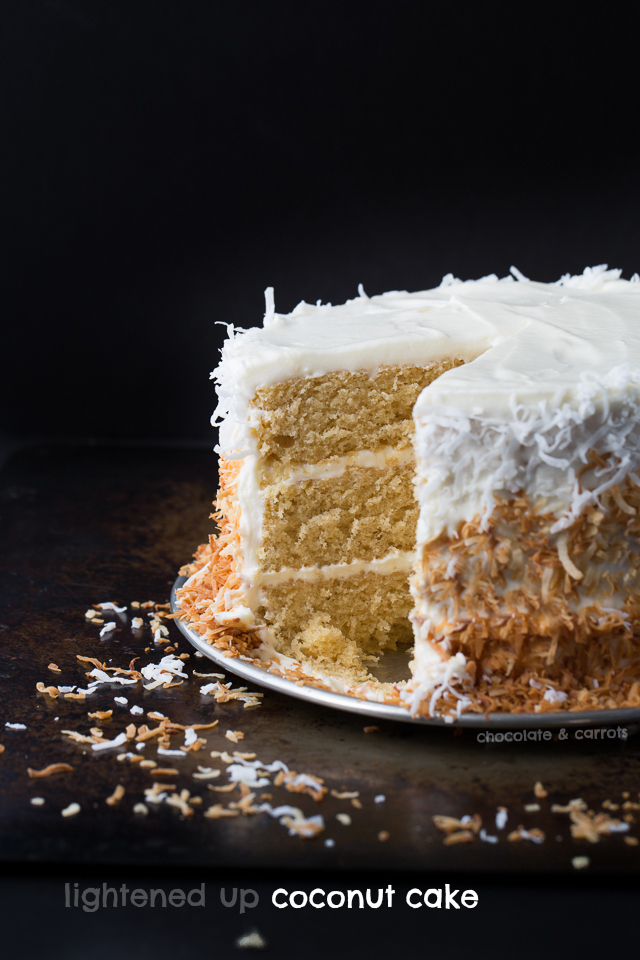 While at CofC, I would take long runs (to work off the infinite soft serve ice cream cones from the cafeteria) and explore a new street of the historic Charleston everyday. It was the dream. 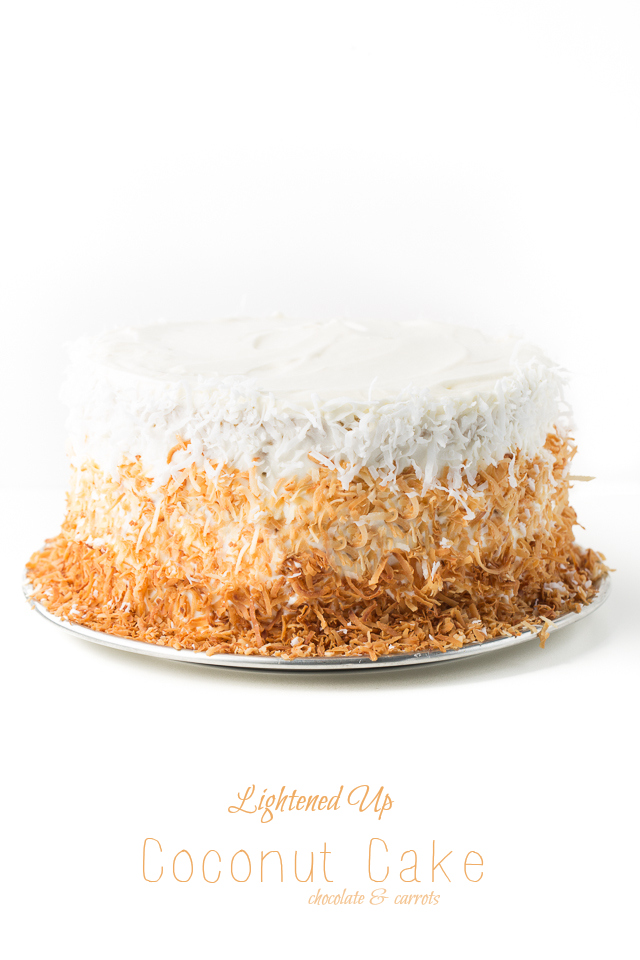 That said, lets move on to this Charleston inspired cake.

Having made it ‘lighter’, it’s not as decadent as the sky-high Peninsula Grill coconut cake, but it’s equally as delicious. The toasted coconut on the outside is such a beautiful contrast to the soft and fluffy cake inside. 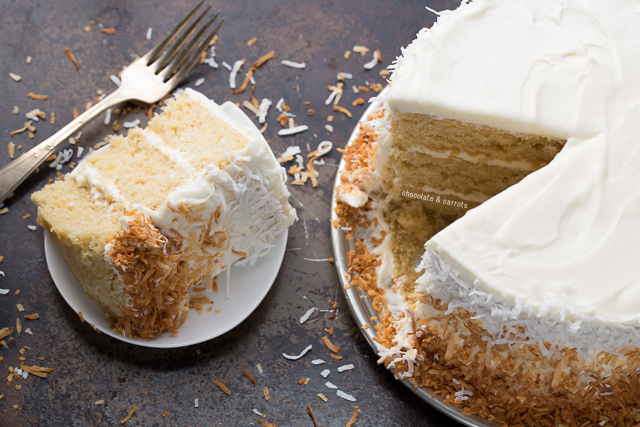 This post contains affiliate links where a small percentage of purchases through those links goes toward support this website.