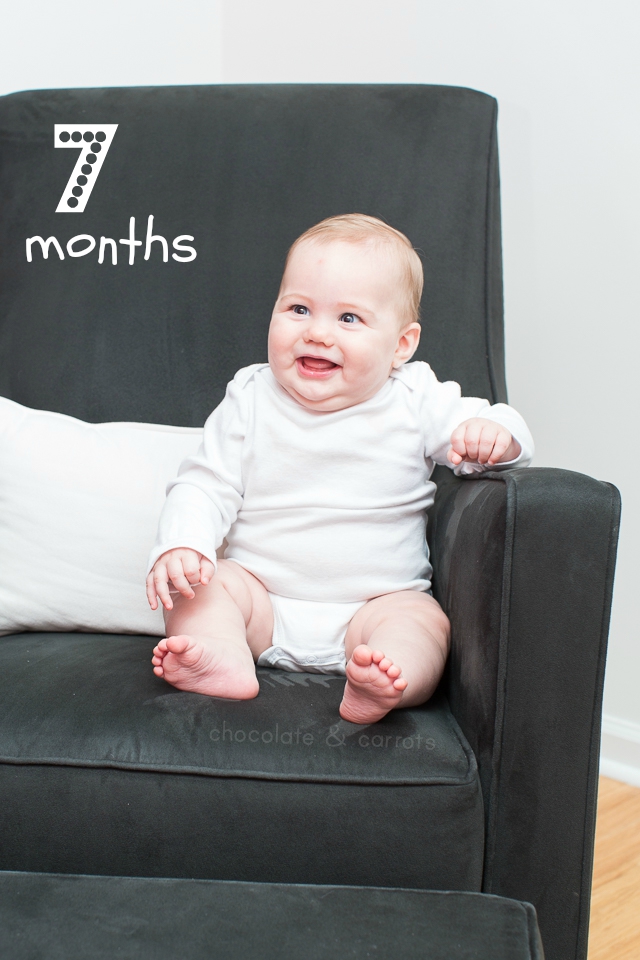 Hayden is a sweetheart! He smiles at everyone and gets tickled at our dog, Leland. He has a temper when he doesn’t get his food fast enough, loves to grab his toes and jump up and down. Happy 7 months, Hayden Blaise!