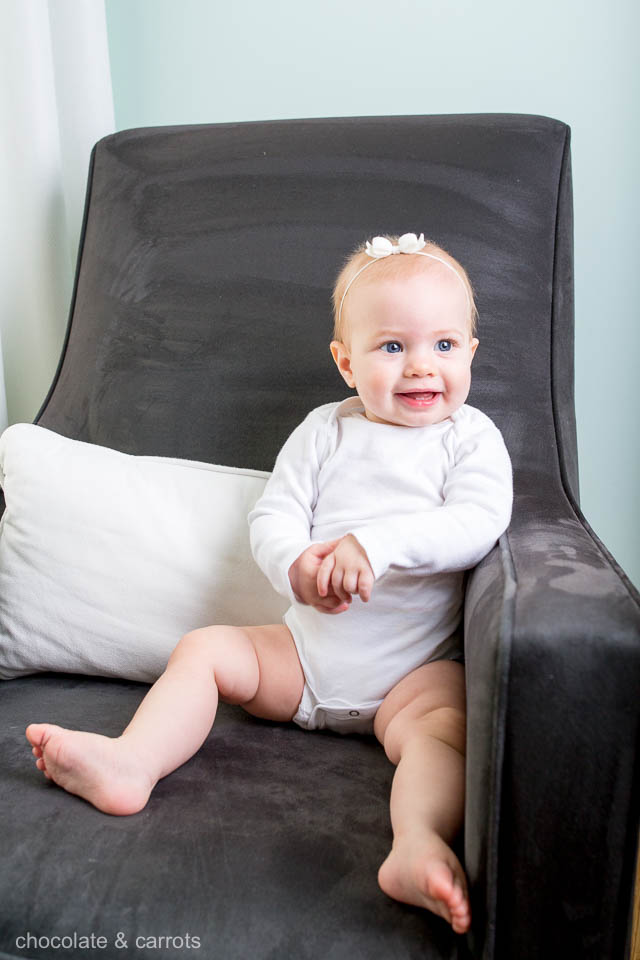 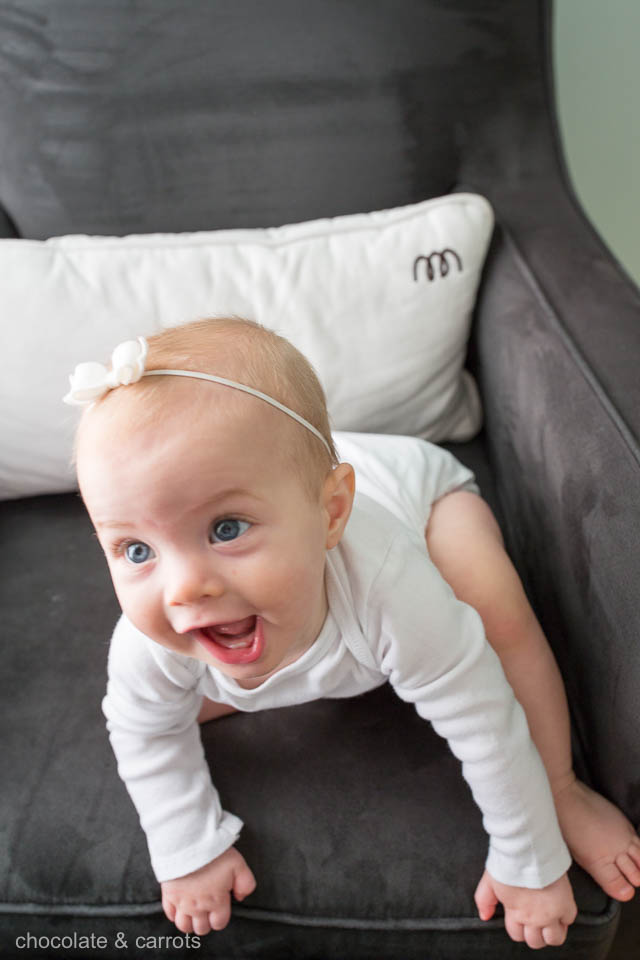 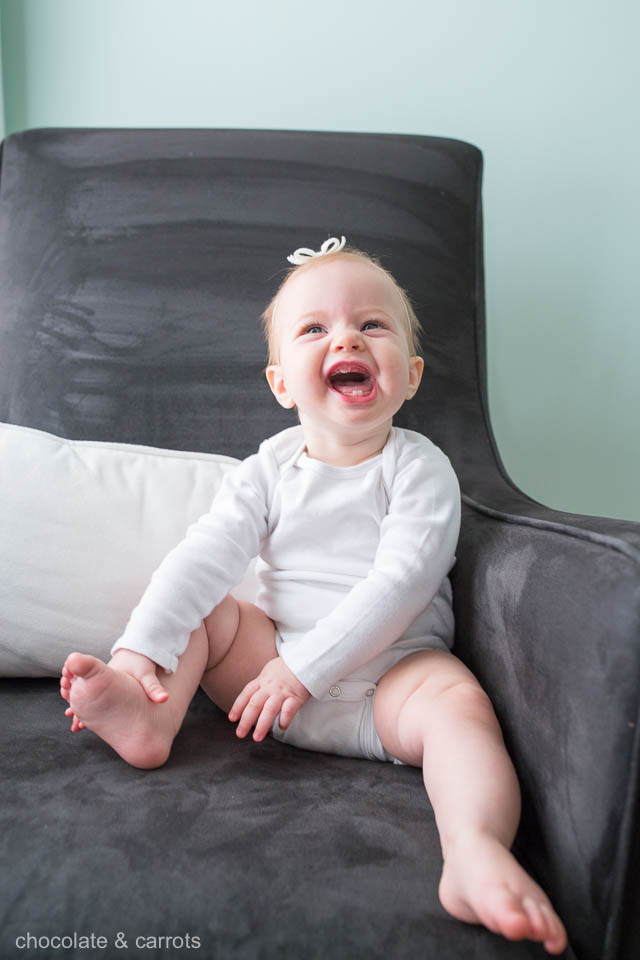 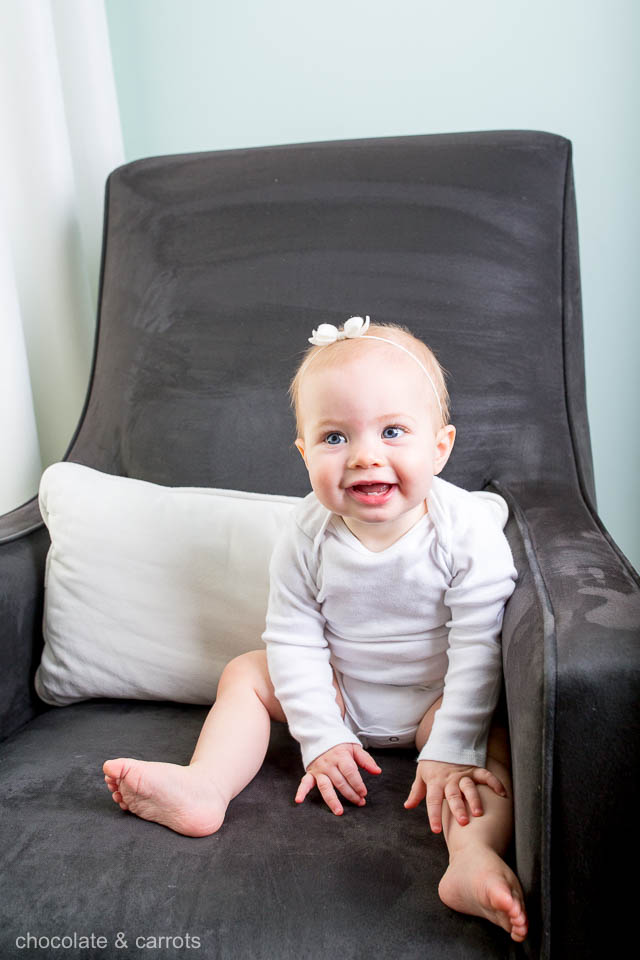 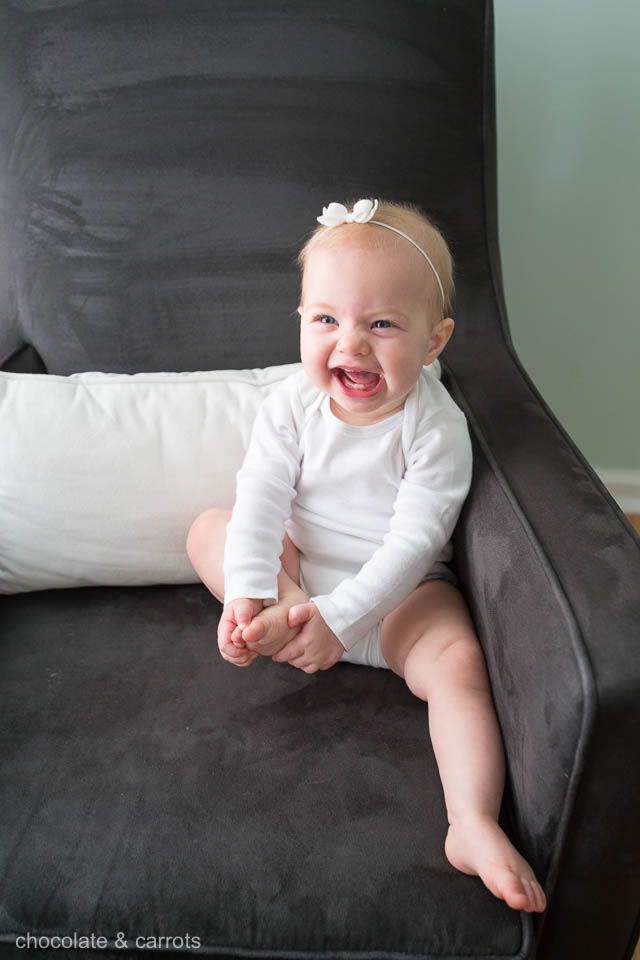 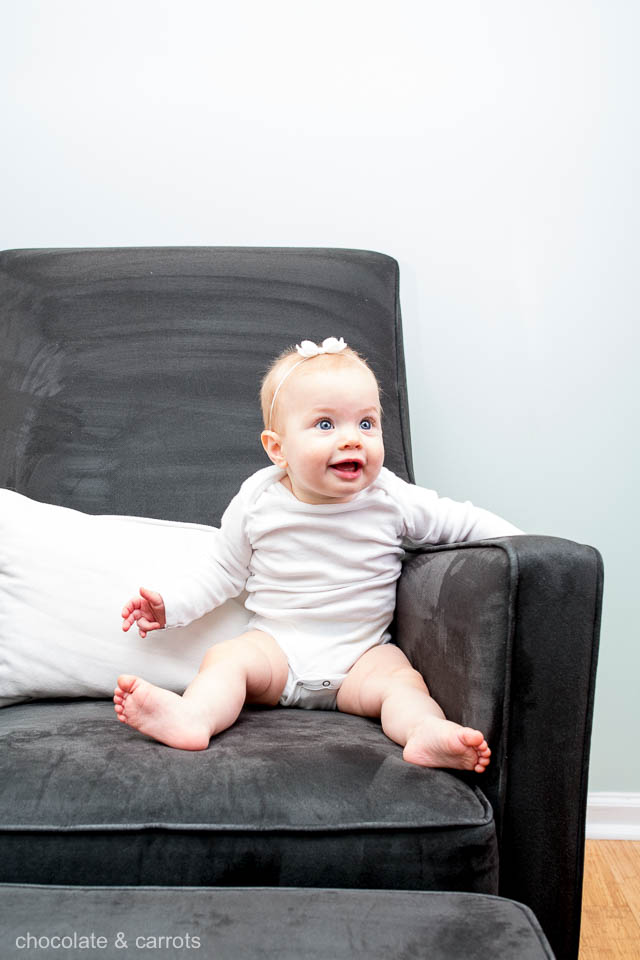 P.S. Blaire had her 9 month check up a few days after turning 9 months and we got the a-okay to begin feeding her soft foods that we were eating. Since then, we are starting to blend whatever we’re eating up and letting her to try them.